After the 2017 fires in Sonoma County, which burned approximately 10% of the County’s land area, there was a need by planners, government agencies, and land managers to understand the landscape scale impacts of the fires and learn why they behaved as they did. Led by the Sonoma County Agricultural Preservation and Open Space District and Kass Green, a Rapid Response grant was obtained from NASA to facilitate the collection of 6-inch resolution, 4-band aerial imagery and to model and study fire damage to the county’s forests.

As part of this work, using Trimble Ecognition® and python scripts, the team developed a ruleset that accurately evaluates the damage to the forest and tall shrub canopy. These data will be released for public use in 2019. 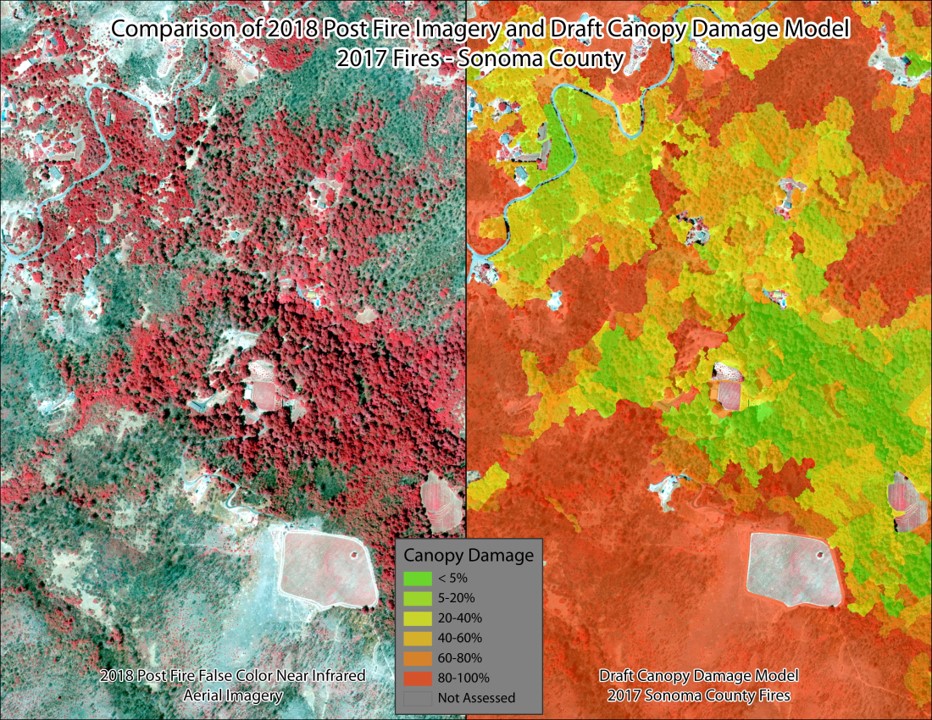 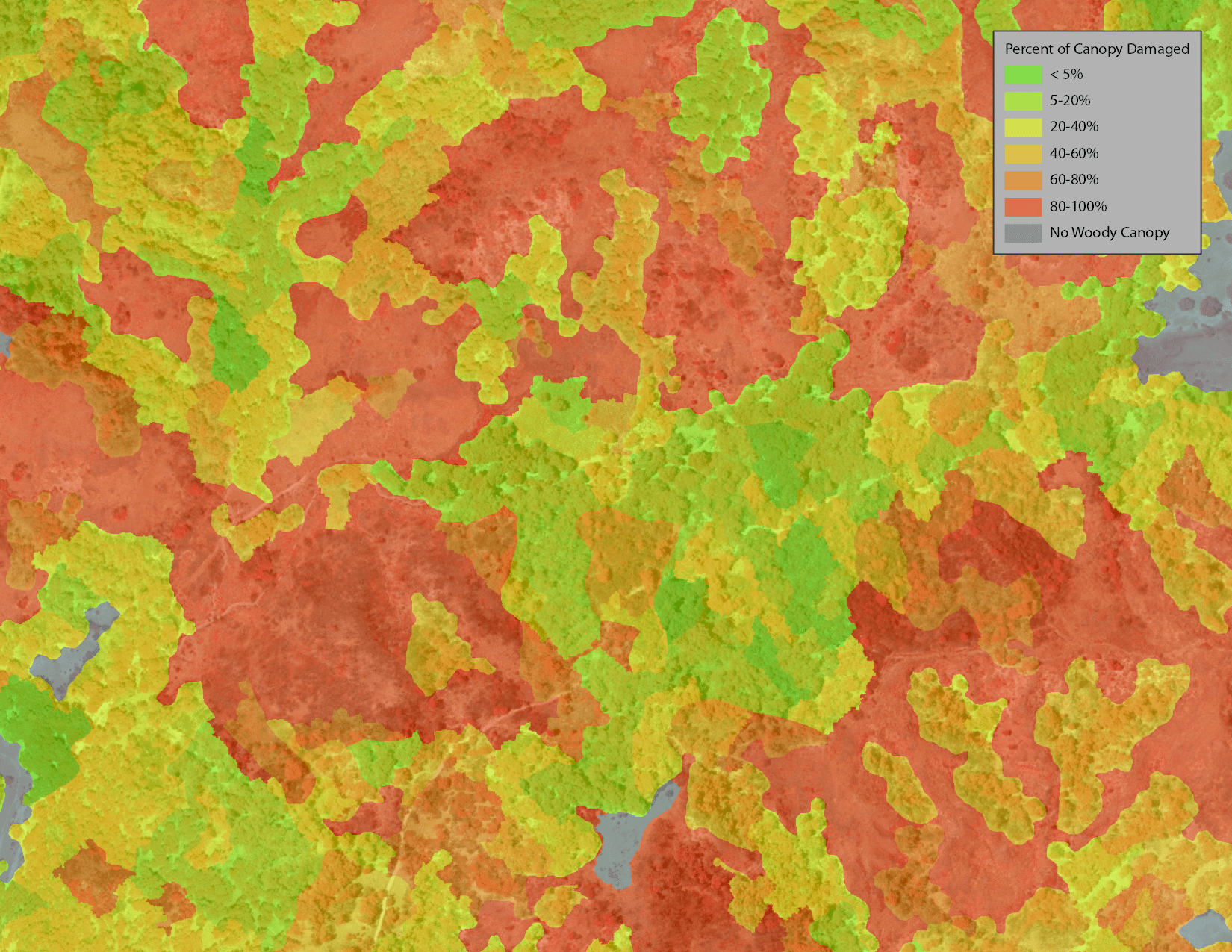 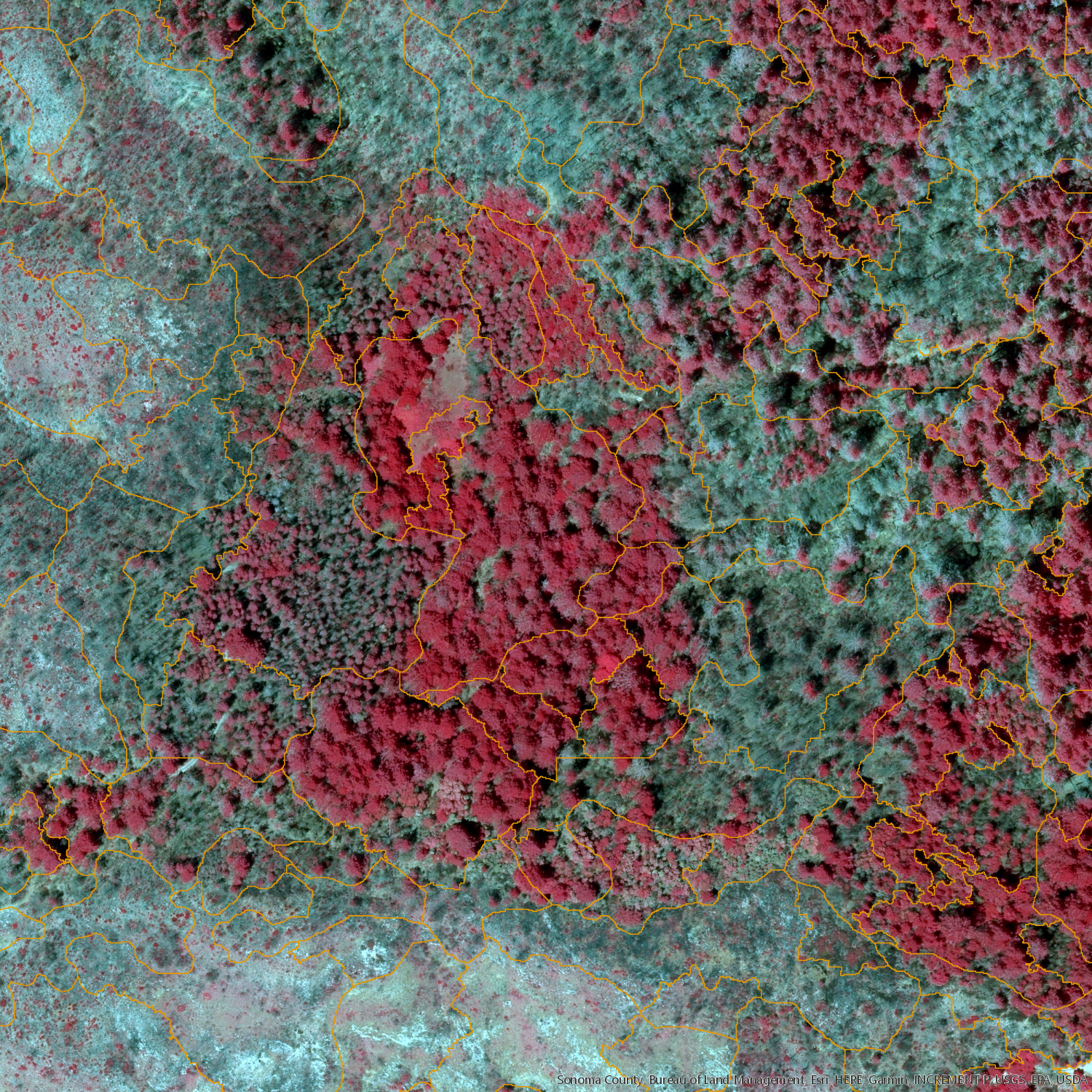